Get A Free Instant Quote

If you are a for-hire trucker you will, obviously, be carrying goods that belong to other people, and for which you are responsible while the goods are in your possession.  What happens if … you have a collision with another vehicle and the goods are damaged, there is a fire in your trailer, your trailer is broken into while you are on a meal break and the goods are stolen, your air refrigeration unit breaks down and foodstuffs you are hauling are ruined, the goods are damaged no matter what the cause.  Likely a claim will be filed against you by the shipper for the loss of or damage to the goods. In some cases the shipper might actually be at fault for the loss: if, for example, goods that are susceptible to catching fire within a temperature range that is likely to be encountered during shipping are not packed so as to protect them from this hazard.  Even if the loss is caused by the shipper, however, you are still likely to receive a claim and will have to defend yourself from the shipper’s demand for reimbursement. Thus, whether a loss is caused by you, the shipper, or a third party, cargo liability insurance is a must.

What to Look for in Cargo Insurance

Insurance policies vary from insurer (insurance company) to insurer; some of the coverages listed below will not be found in all policies, or might be available but have to be added to the standard policy.  Available coverages include:

A further explanation of this: if you arrive at the delivery point with the goods, but are not paid, or are only partially paid, for the delivery due to damage to the cargo, earned freight coverage allows you to recover the freight charges from your insurer (instead of the shipper).

Shipper’s control of undamaged goods might apply, for example, if pursuant to a contract the cargo had to be delivered by a certain date, and you arrived at the point of delivery a day late.  Even if the goods were undamaged, under the contract the shipper might not have to pay you, or would pay you a reduced fee. Coverage for this would allow you recover your full fee from your insurer.

Cost of defense is an extremely important item.  If, for example, goods in transit are damaged due to their vice or nature (as above, for example, goods that are susceptible to catching fire within a temperature range that is likely to be encountered during shipping are not packed so as to protect them from this hazard), the shipper is nevertheless likely to file a claim against you.  Your insurer is likely to deny the claim, meaning it will refuse to pay (on your behalf) the shipper for this loss. In turn the shipper might well file a lawsuit against you. With cost of defense coverage, your insurer will pay lawyers, and all associated fees and costs such as court costs, to defend you. Absent this coverage you will be left in the position of having to pay the shipper’s claim yourself, or pay lawyers to defend you, both of which could be expensive.

All policies of insurance have limits on what they will pay regardless of how big the loss is.  A common limit for cargo insurance is $250,000, though policies vary and different amounts of coverage will always be available.  A few things:

There are five exceptions that allow a carrier to avoid liability:

Briefly and in plain English, if a shipper delivers cargo to you that is in good condition, and you deliver it after transport in less than good condition (or the goods are lost or stolen), you are liable for the amount of damages proven by the shipper.  To avoid liability you must prove that you were not negligent or that one of the five exceptions applies.

If one fine day you find yourself overloaded with business opportunities, you might want to subcontract out some of the work.  What if … the trucker you subcontract the work to doesn’t have insurance, or has inadequate insurance, and suffers a collision that causes damage to the cargo.  Contingent coverage protects you. This coverage allows you to add subcontractors to your contract of insurance, and provides them, and you, with the same coverages you have.

As with all insurance policies, deductions will apply.  Deductions provide that you, the insured, must pay a certain amount of any claim before the insurer begins paying.  A typical policy might have a $1,000 deduction for stolen cargo, meaning that if any cargo was stolen you would pay the first $1,000 of the loss, the insurer would pay the rest, up to the limit of liability.

Talk to one of our agents today for more information on Trucker’s Cargo Liability Insurance and receive free commercial insurance for trucks quotes!

What Our Truckers
Have To Say

Nancy was awesome (I'm sure she still is as well).  Quick turn-around, and I was able to reach her when I had questions.  The policy…

Love love love Axle trucking insurance. I have been in the trucking industry over 8yrs now. The best experience by far with an insurance agency.…

I would highly recommend her for business. I have been dealing with Sonia Alvarez for 2 years and have been very pleased with her customer…

Read more
Vickie
VP-3 Trans Inc
Nancy was awesome (I'm sure she still is as well).  Quick turn-around, and I was able to reach her when I had questions.  The policy itself is another story, but that's the carrier's problem.  Axle was great!
Love love love Axle trucking insurance. I have been in the trucking industry over 8yrs now. The best experience by far with an insurance agency. Been with them now almost 3 yrs. The staff is amazing. We all know in the trucking industry there are ups and downs and these are the right people you want holding your hand as you go through whatever.  I want to thank Axle Trucking Ins. and all their staff for the hard work and great customer service.
I would highly recommend her for business. I have been dealing with Sonia Alvarez for 2 years and have been very pleased with her customer service. She is very understanding and reasonable, and will do what she can to meet your needs.

Talk to a
trucking insurance
expert 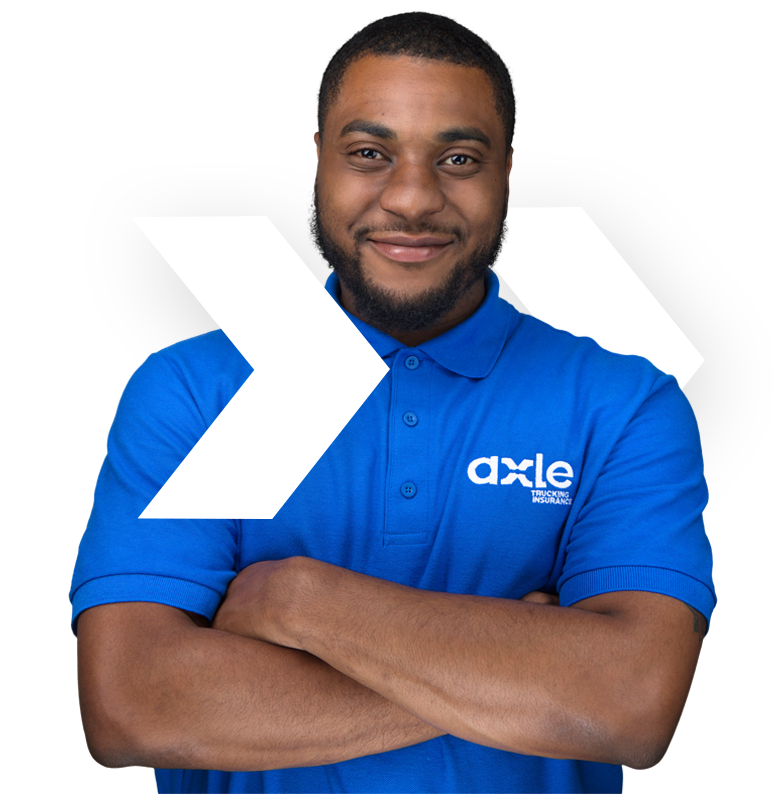 For any questions, inquiries or to submit additional documents, please feel free to email quotes@axleinsurance.com